AN ANNOUNCEMENT FROM THE LEBLANC ASSOCIATION OF NOVA SCOTIA.

AT LAST, AFTER NINE YEARS OF PLANNING, A MONUMENT TO DANIEL LEBLANC AND FRANÇOISE GAUDET IS STANDING IN BELLISLE. 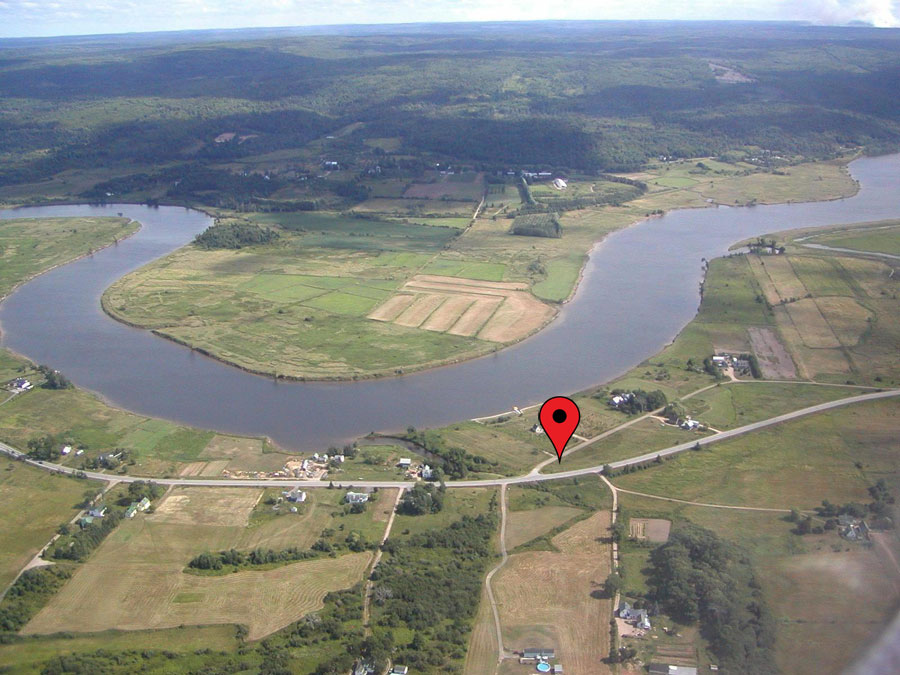 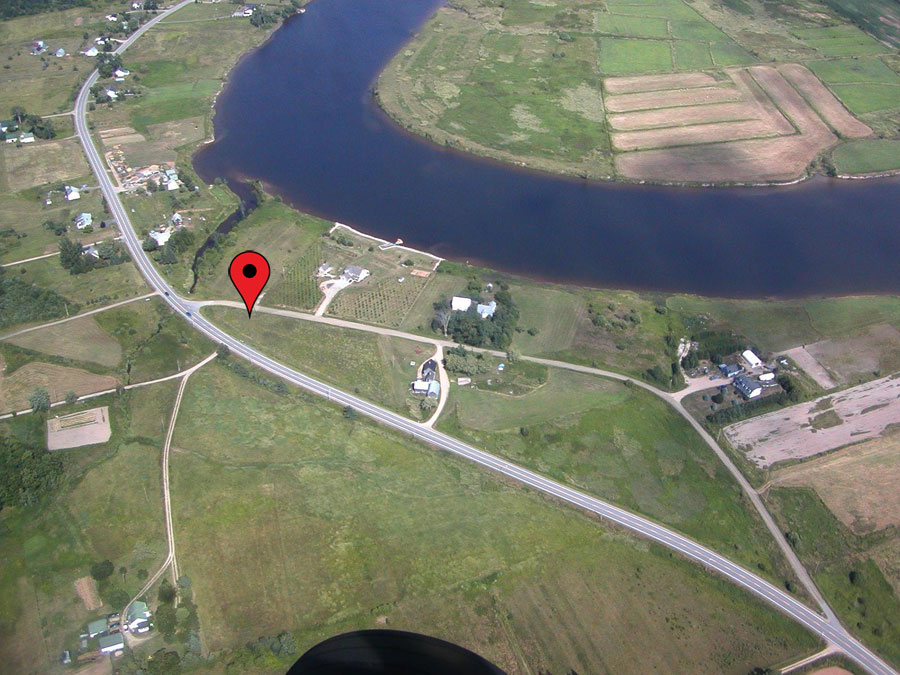 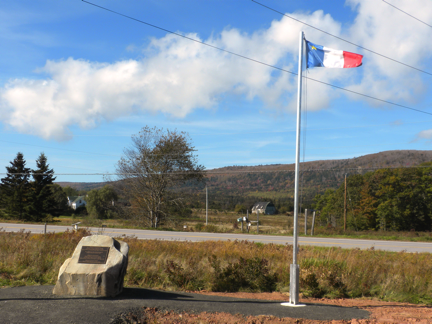 Among the first settlers in Acadie were Daniel LeBlanc and Françoise Gaudet. They came around 1650, building their homestead about 9 miles upriver from Annapolis Royal, near what is now known as Gesnor's Brook. Three generations of the LeBlanc family lived there prior to the deportation of 1755.
In 2002, Relie LeBlanc, a successful pharmacist from Louisiana, visited the area, accompanied by members of his family and friends, along with Hector LeBlanc, vice-president of the LeBlanc Association of Nova Scotia. They were looking forward to the Acadian Congress, which would take place in Nova Scotia two years later. Relie felt deeply moved by this area to which his ancestors had devoted so much of their lives. He expressed the desire to have a commemorative monument placed there.
Sadly, Relie LeBlanc was diagnosed with an aggressive form of cancer and passed away in 2003, his dream of the monument unfulfilled. Choosing not to let the story end there, the LeBlanc Association started to raise money to manufacture a bronze plaque, which would honour the memory of Daniel and Françoise. The LEBLANC ASSOCIATION OF LOUISIANA contributed a thousand dollars, and a plaque was finished. Frustration followed as several attempts to situate the plaque on the LeBlanc ancestral lands met with failure. 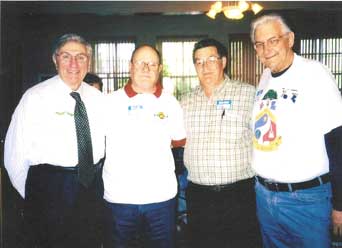 Almost ten years would pass before the LeBlanc Association found a suitable site for the monument. In 2011, Alain LeBlanc, a director with the LeBlanc Association, met Robert Surette, who spoke in Clare, Nova Scotia, at a conference of the Saint Mary's Bay Acadian Historical Association. He described his efforts to promote the marshes and the archeological finds of Acadian residences there before 1755. He cited these early Acadian families, listing the dykes they built in the new Acadie. Nearest to Gesnor's Brook was the LeBlanc family, followed by the Doucet, the Theriault, the Savoie, the Gaudet family, etc., moving in the direction of Port Royal. These families worked together to dyke and to farm the marshlands along the Annapolis (Dauphin) River. Marc Lavoie already had permission from the provincial government to conduct digs on some of the lands above the marshes. In hopes of increasing public access to these sites, he formed a committee to work toward having the area designated as an historic heritage. After meeting Robert Surette, we considered the possibility of placing the LeBlanc plaque nearby, but upon visiting it, Hector and I found the Marshland dig area an awkward location for a plaque in honour of Daniel and Françoise, whose family had built their homestead quite a distance from
there.

In 2012, Robert and Diane Surette informed the LeBlanc Association that they were trying to purchase this parcel of land, and that we might soon arrange for a monument. The only condition would be that the monument site be attractive, kept well maintained, and serve as a fitting tribute to these first pioneers of Acadie. They bought the land, the monument is in place, and it is now the responsibility of the LeBlanc Association to take care of it.
It is the duty of the LeBlanc Association of Nova Scotia to maintain this site well and to fund all aspects of its upkeep (security lighting, landscaping, information panel(s), fees for web-site maintenance and consultation, paying to repair damage should any occur, etc.). For this reason, we have set up a perpetual fund to assure that future expenses are fully covered. The LeBlanc Association of Nova Scotia has registered with the provincial government, with the integrity of its account always open to scrutiny.
Its annual financial statements are available to all who wish to examine them. Donations big or small are welcome. Several of the expenses listed above have already come up, so we are feeling the pinch of even our start-up resources. We had enough financial resources to erect the monument, but are close to the end of the balance in our account. We remain excited about the project, but now need help. We thank you for your generosity. 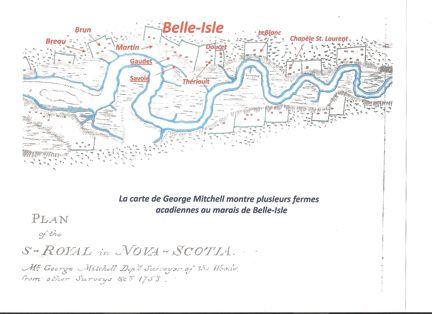 A map sketched by George Mitchell in 1753 shows a number of Acadian farms near the marsh.